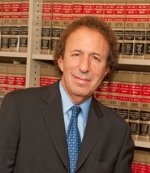 While he is well regarded as one of New York City’s most respected personal injury attorneys, Mr. Gair also enjoys a national reputation in the area of civil rights litigation in connection with police misconduct. One of his most notable cases in this area of law is his heading up the team that represented the Diallo family for the wrongful death of their son Amadou, who was shot 19 times by members of the New York City Police Department’s Street Crimes Unit—a case that was extensively covered by the national media. He is also nationally recognized in the field of products liability litigation and in the representation of individuals severely injured in construction accidents and has lectured extensively on this area.

Mr. Gair speaks and writes extensively on issues from construction accident law, to medical malpractice; the prosecution of personal injury cases to the current state of the law. He has appeared as an expert legal commentator on every major television network and on many radio shows. His legal opinions have also been featured in various newspapers, including The New York Times, the Daily News and the New York Post.

Mr. Gair has earned the highest rating possible of AV Preeminent* from Martindale-Hubbell. In 2016 he was recognized By Martindale-Hubbell as being rated AV Preeminent for 25 years(1991-2016). He holds an Avvo “Superb” rating. He was selected as Best Lawyers-Lawyer of the year, Product Liability Litigation-New York by Best Lawyers, 2011.  He has been recognized by his peers for inclusion in The Best Lawyers in America and New York Magazine’s Best Lawyers in New York since 2007. He is also honored to have been chosen to be listed in Wikipedia as a nationally prominent Attorney.