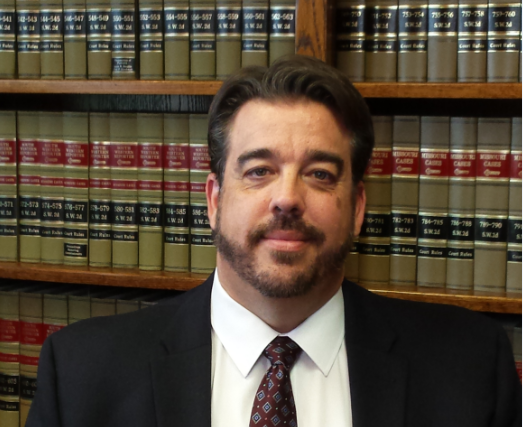 “Speak up for those who cannot speak for themselves; defend the rights of all those who have nothing.”  Proverbs 31:8 (NCV)

Born and raised in Independence, Missouri, Aaron Woods knew early in life that his call was to speak up for others.  In over twenty-five years of practice he has remained true to that calling, devoting his practice to representing injured people and their families.  Speaking up for real people against some of the most powerful companies and interests in America has been the exclusive focus of Aaron’s legal career.

Aaron has represented clients in numerous practice areas during his career.  He spent the early years of his practice at Risjord & James, P.C., where he focused on representing individuals injured by defective products.  Since leaving that firm, he has broadened his practice to include automobile accidents, trucking accidents, dangerous premises and medical negligence.  Aaron has also developed specialized experience in representing individuals with traumatic brain injuries and spinal cord injuries.

As a trial lawyer, Aaron has successfully represented clients against some of the largest corporations in the country.  His practice has resulted in significant recoveries for his clients against several well-known companies, including The Goodyear Tire & Rubber Company, American Family Insurance, Waste Management Incorporated, The Firestone Tire & Rubber Company, State Farm Insurance Companies, General Motors, Travellers Insurance Company, Liberty Mutual Insurance Company & Rock Bottom Restaurants.  Aaron looks forward to the opportunity to speak up in the courtroom.  Having tried cases lasting from one day to five weeks, no case is too big or too small for Aaron.

Aaron is also an experienced appellate advocate.  If a case needs to be appealed, he continues to represent the clients he has built a relationship with.  Aaron has handled appeals in the Supreme Courts, as well as the Courts of Appeal, in both Missouri and Kansas.  He has also appeared in appeals in the United States Courts of Appeal for the Second and Tenth Circuits, as well as the appellate courts of several other states.

Throughout his legal career, Aaron has been affiliated with several organizations dedicated to the advancement and protection of the rights of injured individuals.  He is currently a member of the Missouri Association of Trial Attorneys and the Kansas Trial Lawyers Association.  Because his representation of injury victims has resulted in multiple recoveries, by settlement or verdict, that exceed $1,000,000, he is also a member of the Million Dollar Advocates Forum.