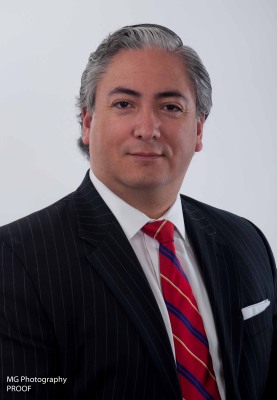 Since 1997, Mr. Abraham Fernando Carpio has worked in public service at the State and Federal level.  Mr. Carpio’s demonstrated commitment to providing high quality legal representation to his clients dates from his days as a student-attorney in law school up until his most recent commission as a Judge Advocate in the United States Army Judge Advocate General’s Corps of the United States Army.

Mr. Carpio started his legal career clerking for the Honorable Gary I. Strausberg (1945-2000) Judge of the Circuit Court of Baltimore City.  After those formative years, Mr. Carpio joined the prestigious Collateral Review Division of the Office of the Public Defender where he successfully represented over sixty criminal defendants at post-conviction hearings.  He also tried over three hundred bench trials and guilty pleas at the Wabash District Court of Maryland as an Assistant Public Defender, only to join the Judge Advocate General’s Corps in June, 2000.

As a newly commissioned Captain in the Army, then Mr. Carpio was quickly selected to spear and command the Legal Tax Center at Fort Jackson, South Carolina.  His tremendous success as a Legal Assistance attorney there led him to be selected to one of few slots as a Trial Defense Counsel at Camp Casey, located in the heart of the Army’s 2nd Infantry Division, Republic of South Korea.  As a Trial Defense Counsel, then Captain Carpio earned multiple accolades from his clients and the respect of fellow prosecutors as an aggressive and effective advocate.  With an unsurpassed skill and emphasis on effective pre-trial litigation, then Captain Carpio was chosen to join the famed Government Appellate Division of the Army in Washington, D.C.

As a Government Appellate Attorney, then Captain Carpio, successfully represented the Army in over one hundred appeals, and effectively presented nineteen arguments before appellate military and federal courts.  His demonstrated skills as an advocate and incisive legal mind next led then Captain Carpio to be selected for a position at the Army’s premier Contract Appeals Division.  As a Contract Trial Attorney, Captain Carpio represented the Army in multi-million dollar contract disputes and appeals before administrative boards and the federal courts.

Since his departure from the Judge Advocate General’s Corps, Mr. Carpio has dedicated the wealth of his litigation background to fighting for immigrant’s rights, indigent criminal defendants and to provide the highest level of legal representation for all his clients by entering into private practice.   Mr. Carpio carries on the best military and professional traditions of excellence and leadership into his own Law Firm’s philosophy of effective representation.