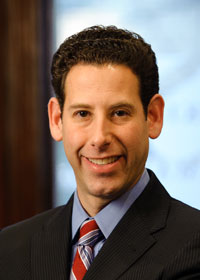 Allan M. Siegel is a partner at the law firm of Chaikin, Sherman, Cammarata & Siegel, P.C. , where his practice is primarily concentrated in the areas of serious personal injury resulting from automobile, tractor-trailer and commercial vehicle negligence,  and medical malpractice.

Mr. Siegel has settled or tried over a thousand cases in the District of Columbia, Maryland and Virginia. Allan has distinguished himself in the legal community by routinely taking what others have deemed to be ordinary, or even impossible cases and attaining extraordinary results.  His dedication and perseverance, combined with his courtroom skills, has earned him respect among his peers.  He has been voted as one of Washington’s  “Top Lawyers” by Washingtonian Magazine, every time the magazine has done the survey, for over 10 years.  The Washingtonian compiles this list by contacting local attorneys in the personal injury field and asking them who they would choose to represent them if they needed help.  He has also been included in the 2011, 2012, 2013, 2014, 2015, 2016 and 2017 publications of Washington, DC Super Lawyers. Only 5% of attorneys in the Washington, DC area are named to this elite list.

Mr. Siegel is a Past President of the Trial Lawyers' Association of Metropolitan Washington, DC (DC-TLA). Prior to serving as President, he served as President-Elect, Vice President, Treasurer, Secretary, and spent six years on the Board of Governors of this organization. He also co-chaired the membership committee and served two years as the co-chairman of the education committee, planning, organizing, and moderating educational programs presented to other lawyers throughout the DC Metropolitan Area.   He currently is asked to speak at seminars throughout the country, most recently speaking to AAJ's Interstate Trucking Litigation Group in Florida, and The New Jersey Association for Justice in New Jersey.   Mr.  Siegel is Board Certified in Civil Trial Law by the National Board of Trial Advocacy, an achievement earned by only 3% of all attorneys in the U.S.

Mr. Siegel is the District of Columbia Delegate to The American Association for Justice, a national organization whose primary purpose is to promote and protect the civil justice system in America.  He is also active member of AAJ's Interstate Trucking Litigation Group and its Traumatic Brain Injury Litigation Group.