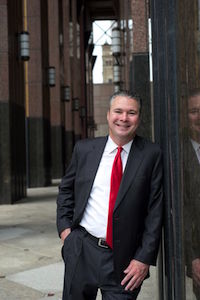 Thereafter, Attorney Miller began his legal career in the fall of 1997 at the highly regarded law firm of O’Bryan, Brown & Toner where he worked as a civil defense attorney representing insurance companies and their clients in cases involving personal injuries, auto accidents, medical and hospital negligence, and insurance coverage disputes. In 2000, he made the decision to open his own law office and to represent injured individuals and employees in legal matters often involving the same insurance companies and businesses that he had previously defended. This decision was an easy one as Attorney Miller had always sought to help the working people of the world, those who were seriously injured, and those who did not have the financial means to battle toe-to-toe with large insurance companies, big businesses, and large medical care providers.

For over 20 years, Attorney Miller has taken his passion for helping his clients with legal matters against large powerful companies and turned it into a thriving and successful business. His skills as a civil trial lawyer is not only reflected by his long-standing track record of success and client satisfaction but also by the opinions of his legal peers and judges that he has practiced before throughout his career. He has received two prestigious designations in the practice of law awarded to only the most highly regarded attorneys in the Commonwealth of Kentucky based upon reviews from other attorneys and judges: an AV Preeminent® Rating from Martindale-Hubbell® which is considered the pinnacle of excellence for an attorney’s legal abilities and compliance with ethical standards; and recognition by the publication SuperLawyers.com as one of the top attorneys in Kentucky in the practice areas of employment litigation, medical negligence, and personal injury cases. Attorney Miller is also a member of the Million Dollar Advocates Forum® and was selected as one of the Top Lawyers in Kentucky in 2015 by The Legal Network.