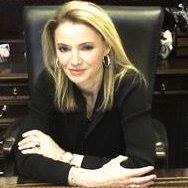 Cynthia Barbare is one of the most visible and successful female lawyers in Dallas. She is the founder and lead attorney at the Dallas-based Law Offices of Barbare & Associates, and heads a close-knit firm of three attorneys whose practice areas include primarily criminal law, but also immigration and family law. Ms. Barbare concentrates mainly on state and federal criminal cases and has handled several high-profile cases, including the Dallas fake drug scandal. She has been interviewed on Nightline, CNN, PBS, and Dateline, and featured in Texas Monthly and D Magazine. She graduated from Southern Methodist University School of Law and was admitted to the State Bar of Texas in 1991.  For more than 21 years, Ms. Barbare has practiced law, and she has dedicated her career to aggressively helping those accused of crimes ranging from state and federal drug offenses, conspiracy cases, money laundering, murder, manslaughter, aggravated assault, domestic assault, robbery, probation violation, supervised release violations, fraud, white collar crimes, to DWI/DUI, and other felony and misdemeanor offenses.