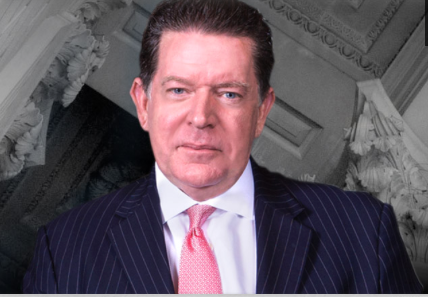 As a Principal and Founder, Dan Cogdell has been trial counsel in nearly 300 jury trials in over sixteen different States. His experience includes verdicts of “Not Guilty” in the Enron matter, the Branch Davidian Trial, the trial of alternative cancer treatment physician Dr. Stanislaw Burzynski. He likewise obtained the acquittal of Judge John Peavy, Jr. in the Houston City Hall Scandal case. His contemporaries have frequently called Mr. Cogdell “A Texas Trial Legend”.

Mr. Cogdell’s success in a multitude of Courtrooms across the country has been well documented. His peers have recognized him as one of the “Best Lawyers In America” since 1996. He has been recognized as a “Super Lawyer” for over a decade. The Harris County Criminal Lawyer’s Association voted him as “Lawyer Of The Year.” He is a Fellow in the American College of Trial Lawyers and is consistently rated as one of the top White Collar Criminal Defense lawyers in the Country.

Mr. Cogdell successfully represented Carroll Kelly, the founder and CFO of Continental Savings. Mr. Kelly was charged with Bank Fraud, Mail Fraud, Wire Fraud and Conspiracy. He was acquitted of all charges.

Mr. Cogdell was the lead lawyer in that matter and successfully represented Larry Ramming -all charges were dismissed after the United States District Judge rule that the prosecution had engaged in prosecutorial misconduct and dismissed all the charges against all the defendants. The prosecutor in that case was held in contempt and the Court considered the matter so egregious that she was required to be sworn as a witness prior to the Court allowing her to answer any questions it propounded.

Cogdell successfully obtained an acquittal for Judge John H. Peavy who was charged with Conspiracy, Obstruction Of Justice, Bribery and Money Laundering.

(NASA Sting) Mr. Cogdell’s client in this matter was Dan Stinger. Mr. Stinger’s case was dismissed by the Judge ruling that there was insufficient evidence against him following nearly three weeks of testimony by a myriad of Government witness. Mr. Stinger had been charged with Government Fraud, Mail Fraud, Wire Fraud and Conspiracy.

Early in his career, Cogdell was co-counsel (along with his mentor Richard “Racehorse” Haynes) for Walter Wesley Ellebracht, Sr. Ellebracht and others were charges with Engaging in Organized Criminal Activity (including Murder, Kidnapping, Torture and Rape). In that trial, Cogdell (literally) shocked himself with a Cattle Prod in front of the jury during the cross examination of the State’s Medical Examiner who had testified that such would cause a heart attack. The jury granted Cogdell’s client probation in that matter.

Charged with Insurance Fraud, Medicare Fraud, Wire Fraud and Conspiracy, Cogdell’s client was fully exonerated after a three-week trial. During the cross examination of the Government’s primary witness, Cogdell was able to prove that the testimony was not only factually suspect but legally inaccurate.

Charged with the murder of a Rice Basketball Player and the aggravated assault of his twin brother, the accused Marine veteran and Purple Heart decorated soldier hired Cogdell to defend him in this College Station Trial. Result: Acquittal of all charges.

Charged with 41 Counts of Contempt as well as Fraud, Cogdell (along with Mike Ramsey and John Ackermann) secured his acquittal Burzynski had engaged in a decade long fight with the U.S. Food and Drug Administration in his belief that his treatment protocol was both necessary and life saving. Ultimately, all charges were dismissed.

Following a botched raid by the ATF outside of Waco, Texas at the compound of the followers of David Koresh, a 51-day standoff between the FBI and the Branch Davidians. On the 51st day (following the insertion of CS gas by government agents and the intrusion on tanks into the home), a massive fire erupted and approximately 90 people lost their lives in the fire. Cogdell represented Clive Doyle. Like the others, Doyle was charged with Conspiracy, Murder and Attempted Murder of Federal Law Enforcement Officers. He was found “Not Guilty” after a month long trial.

Cogdell successfully obtained a “Not Guilty” for Efrem Holmes, a bodyguard for musical legend Patti LaBelle. Holmes was charged following an altercation (caught on videotape) with a West Point Cadet at Intercontinental Airport in Houston. Holmes was acquitted of all charges

Sal Anzelmo was a former new Orleans City Attorney who was charged with Bribery, Corruption and False Statement to a Law Enforcement Agent in connection with the attempted construction of a Water Treatment Facility outside of New Orleans. Anzelmo was found “Not Guilty” of all charges.

Sgt. Robert Nesterhoff was a career law enforcement agent with the Texas Department of Public Safety. At the time of his arrest, he was the head of the Narcotics Section. Following his testimony (as a Defense Witness) at a Grand Jury and Trial in Florida, Nesterhoff was charged with Conspiracy, Perjury and Obstruction of Justice. He prevailed at trial and was acquitted of all charges.

Charged with Fraudulent Selling of Securities, and is lead counsel on the Attorney General’s matter wherein he is charged with selling securities without using his own funds and/or registering as an investment advisor. This matter is currently pending in the Collin County District Court.

Cogdell represents Layne Walker who is currently charged in Jefferson County District Court with Abuse of Official Capacity wherein he is accused of using government equipment and supplies for his own personal use.

Impact Alumni Of The Year, South Texas College of Law, 2014

Named “Super Lawyer” by his peers each year since 2003

Mr. Cogdell is a frequent lecturer and speaker. He has lectured and spoken for a variety of organizations and institutions including:

Mr. Cogdell has made multiple appearances in the local, national and worldwide media including:
NBC Nightly News