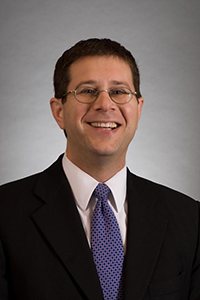 A graduate of Harvard College and Yale Law School, Mr. Kalish is an experienced trial lawyer who has tried more than thirty trials to jury verdict. Mr. Kalish’s practice focuses on complex trial work, and he represents employees in all aspects of employment litigation. Prior to joining the firm, Mr. Kalish was a felony prosecutor at the King County Prosecutor’s Office, where he tried several cases, ranging from identity theft to first degree murder. Prior to that, he clerked for a federal judge and worked at Perkins Coie, the premier defense law firm in the Northwest.

Awards and Recognitions:
Selected as a “Super Lawyer” by Washington Law & Politics Magazine (2015)
Selected as a “Rising Star” by Washington Law & Politics Magazine (2011, 2012, 2013, 2014)
Ranked 10/10 (Superb) by Avvo
AV rating by the Martindale-Hubbell Law Directory, the highest rating for competence and ethics by that publication, and reserved for attorneys designated as outstanding in their field
Selected as a 2013 and 2014 “Top Rated Lawyer” in Labor & Employment Law by American Lawyer Media and Martindale-Hubbell
Selected as a “Top 100” Lawyer by The National Trial Lawyers Association (2015)
Fellow, Litigation Counsel of America (Trial Lawyer Honorary Society composed of less than one-half of one percent of American lawyers).
Rue Ratings’ Best Attorneys of America (Lifetime Member)
National Advocates (Top 100 Lawyers)