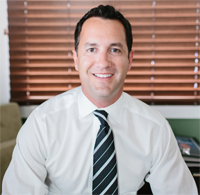 Gary Christmas is a senior partner and founding member in the law firm of Howell & Christmas, LLC and has been featured in publications such as USA Today, CBSNews Moneywatch, Morningstar, Work Comp Central and S.C. Lawyer to name a few.  His practice is dedicated to protecting the rights of the injured and their families including representing those injured on the job under the South Carolina Workers’ Compensation Act, the Federal Longshore and Harbor Workers’ Compensation Act, the Defense Base Act, the Federal Employees Liability Act, Jones Act Seamen and General Maritime law.  He also represents those injured due to the negligence of others including automobile accidents, tractor-trailer accidents, DUI victims, retail stores, bars, hotels, landlords and apartments, wrongful death and all other cases where there are victims who suffer injuries caused by the negligence of others.  Gary is a Certified Circuit Court Mediator who is in his 21st year of practice and takes great pride in developing meaningful relationships with his clients and other professionals.  He earned his Juris Doctor degree from the University of South Carolina School of Law and his Bachelor of Arts degree in Government, cum laude, from the University of South Carolina where he received the University Scholars Award for exhibited academic excellence.  During law school, Gary was a research assistant to Professor John Montgomery, former Dean of the South Carolina School of Law, and worked with him and Professor David G. Owen, co-author of Prosser and Keeton on Torts, on their case book Products Liability & Safety (3rd ed.).  He also worked as a research assistant for Professor Jon P. Thames on his book South Carolina Criminal Defense (3rd ed.) and received the American Jurisprudence Award for Damages and for Interviewing, Negotiating and Counseling. He is a member, and served as President, of South Carolina Injured Workers’ Advocates (IWA) and also served as Chairman of its Continuing Legal Education and Brief Bank Committees. He served as a member on the South Carolina Workers’ Compensation Commission (SCWCC) Ad Hoc Narcotics Advisory Committee and as Chairman for the Workers’ Compensation Council of the South Carolina Bar.  He is a member of the Million Dollar Advocates Forum and has also been a member of the South Carolina Workers’ Compensation Education Association, the Workers’ Injury Law and Advocacy Group (WILG), where he served on the State Legislative Committee, the American Association of Justice, the South Carolina Association of Justice (SCAJ) and the Southern Trial Lawyers Association.  He has taught Continuing Education courses to attorneys and paralegals for SCAJ, IWA and the National Business Institute.  He has also testified before the South Carolina House Labor, Commerce and Industry Insurance Sub Committee and the Senate Judiciary Sub Committee regarding state workers’ compensation and federal longshore workers’ compensation laws. He is a member of the Charleston County Bar Association and the South Carolina Bar Association where he has served as a Mentor for the Lawyer Mentoring Pilot Program.  He is also a founding member and Chairman of the non-profit charity Helmets For Kids - whose mission is to prevent child brain injury and also served as a board member for the Brain Injury Association of South Carolina.  Mr. Christmas is admitted to practice law before the South Carolina Bar, the U.S. District Court for the District of South Carolina, the U.S. Court of Appeals, Fourth Circuit and the United States Supreme Court.  He has tried more than 250 cases, concentrating on legally complex issues, and has represented numerous clients in appellate practice including several appearances before the South Carolina Appeals Courts.  Appellate decisions include: Lance v. Hawke v. Pat Mellen and Hurricane Restoration Fund, Employer, and South Carolina Uninsured Employers’ Fund, (Ct. App. 1998, Unpublished);  Jennifer Lynn Christmas and Jay Christmas v. Dale Eugene Enos, Jr, and A Rainbow of Carpets, Inc., (Ct. App. 2008, Unpublished); Otis W. Snipe v. SSA Cooper, LLC (Ct App. 2010, Unpublished); and Regina Rainey v. Nestle Frozen Foods and Constitution State Service Company, (S.C. Circuit Court 2003).  The Rainey case was cited as one of the fifty most important court decisions by Lawyers Weekly Newspaper.