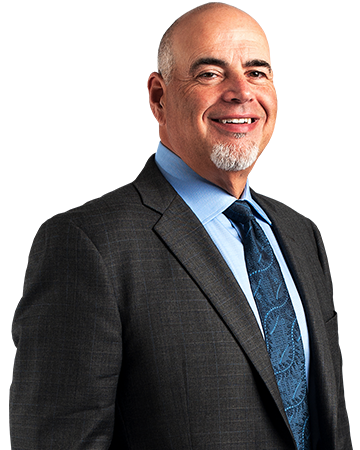 Howard A. Janet, Esq. is recognized as one of the nation’s preeminent medical malpractice attorneys, widely known for his aggressive, passionate representation of children who develop cerebral palsy (CP) as the result of preventable birth injuries.

More than 20,000 families have consulted Mr. Janet about potential cerebral palsy cases. He and his nationally acclaimed law firm, Janet Jenner & Suggs, LLC (which includes an in-house board certified obstetrician-gynecologist), have a proven record of identifying cases in which avoidable medical errors have led to children’s CP. When he is sufficiently confident a birth injury or other medical malpractice case has merit, Mr. Janet tirelessly seeks the full measure of justice the case demands.

That tenacity, along with a tremendous body of accumulated knowledge and exceptional trial skills, has produced an extraordinary string of precedent-setting results for Mr. Janet’s clients, both in the courtroom and at the settlement table. In Minnesota, he broke the record twice for the largest birth injury award handed down by a jury. In Washington D.C., his verdict in a cerebral palsy case more than doubled the highest jury award in any previous medical malpractice action. All told, Mr. Janet and his firm have won over a billion dollars in verdicts and settlement victories for their clients. But Mr. Janet knows it is not the amount of money he obtains for his clients, especially in birth injury cases, that is the true measure of success. Instead, it is what the money can do – ensure peace of mind and dramatically improve the quality of life for the injured children and their families.

Mr. Janet’s efforts on behalf of medical malpractice clients have extended beyond the trial court level. His appellate victories have lengthened the statute of limitations for compensation for their injuries.

The most respected attorney rating organizations have taken note of Mr. Janet’s skills and accomplishments. Martindale-Hubbell® has repeatedly awarded him its highest possible rating (AV) for legal ability and professional ethics. In 2015, the Maryland Association for Justice honored Mr. Janet as Lawyer of the Year.  The Best Lawyers in America® and Super Lawyers® have consistently identified him as one of the nation’s top attorneys. Mr. Janet was distinguished by The Best Lawyers in America® as a “2012 Lawyer of the Year in Personal Injury Litigation – Plaintiffs” and as a “2015 Lawyer of the Year in Product Liability Litigation − Plaintiffs.”  In 2017, America’s Top 100 Attorneys® awarded its Lifetime Achievement award for Maryland to Mr. Janet.

Mr. Janet has been granted special permission to represent clients in dozens of states. He has been a member of the Maryland Bar since 1979. Collectively, lawyers with Janet, Jenner & Suggs, LLC are members of the bar of more than ten states and Washington, D.C.