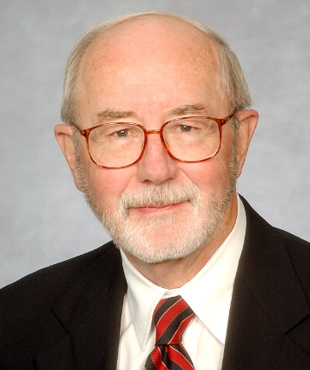 Gene has also been honored as a Distinguished Alumnus of the University of Kansas School of Law for his contributions to the community and the legal profession. He has completed more than 1,000 pro bono adoptions of foster children. His pro bono work with children has been featured by the American Bar Association Journal (July 2010), The Kansas City Star (March 2015), the Journal of the Kansas Bar Association (April 2015), Kansas Alumni (May 2015), Journal of the American College of Trial Lawyers (Summer 2015), NBC Nightly News (July 20, 2015), and KU Law Magazine (Fall 2016). Gene was also chosen as KMBZ's Person of the Week in July 2015.

Represented defendants as Kansas counsel in state court action alleging an industry-wide antitrust conspiracy to restrict supplies and fix the prices of eggs.

Lead counsel in the defense of massive federal and state court actions in Brownsville, Texas, where several hundred Mexican children claimed catastrophic injury as a result of their mothers’ exposure to solvents in a plant in Matamoros, Mexico. After several years of intense litigation, all cases were successfully mediated to a conclusion. Also lead counsel in actions against numerous insurance companies who refused to defend these cases, resulting in a full recovery for the client.

Lead counsel in a pro bono action brought by high school students alleging violation of their First Amendment rights as a result of the removal of a controversial book from the school library. A trial in federal court resulted in a victory for the students. The court allowed attorneys’ fees, which were donated by the firm to a foundation which promotes student education concerning the First Amendment.

Representation of Enterprise Products in landowner disputes and condemnation cases.

Defended Columbia Hospital Corporate of America in an antitrust claim brought by the largest physician-owned clinic in Kansas. The plaintiffs claimed Columbia attempted to monopolize physician services in Wichita, Kansas, and that it tortiously interfered with the clinic’s physician contracts in acquiring primary care practices. The case was won on summary judgment, avoiding a scheduled five week trial.

Represented the owners of land in the industrial area of Kansas City, Kansas, in claims for damages as a result of extensive pollution.

Lead counsel in the representation of the Employee Stock Ownership Plan, which was the largest stockholder in the J.C. Nichols Co. The case was successfully mediated before a federal district judge in Kansas City, Kansas.

Represented several hospitals and medical organizations before the Supreme Court of Kansas in Certificate of Need litigation. Has served on the board of directors for Humana Hospital of Overland Park and as counsel for that hospital.

Involved in corporate takeover litigation for the Kansas City Life Insurance Co., in which Torchmark Corp. sought a preliminary injunction to force Kansas City Life’s board to evaluate Torchmark’s offer to purchase.

Lead counsel in the representation of Western Auto and numerous plan participants in an action brought against Northwestern Mutual Life Insurance Co. The case resulted from a defective deferred compensation plan.

Extensively involved in banking and other commercial litigation, including representation of Mark Twain Bank in litigation with the state of Kansas concerning moving a national bank across state lines. Cases were filed in state and federal courts, as well as the Supreme Court of Kansas.

Involved in many other types of business, products liability, toxic tort and antitrust litigation for a number of clients.