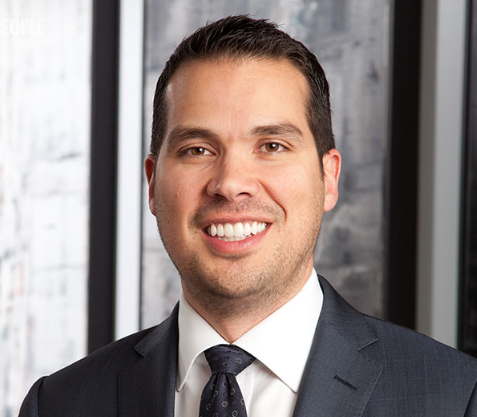 James is Fennemore Craig’s president and managing partner. The Harvard Law grad launched his career at the firm as a file clerk, learning about Fennemore’s 133-year-old tradition of client-first thinking from the inside out. His top priority is ensuring the firm empowers clients to grow their businesses and build their communities without the law getting in the way.

Innovation and technology are at the heart of how James drives his practice and the firm forward. As a litigator, James and his team have jettisoned written briefs in favor of iPad and virtual reality-based legal packages, collaborated with former Disney animators to create photorealistic CGI for case exhibits, and utilized 3D printing to bring abstract case ideas to life. As a firm leader, James has spearheaded initiatives related to time- and cost-saving artificial intelligence technology, entrepreneurial alternative-fee structures that align firm and client interests, and data analytics that achieve better, faster outcomes for clients.

Thanks to the success of these innovations, James has gained recognition within legal and business communities. He has been featured on the cover of The American Lawyer (“Meet the New Boss ... James Goodnow Shows What the Firm of the Future Might Look Like”), and ABA Journal named him one of “America’s Techiest Lawyers.” Apple profiled James on Apple.com and in a worldwide “Apple in Business” ad campaign. Attorney at Law Magazine has spotlighted James on its cover three times (most recently, “Smash or Be Smashed: Lawyer of the Year James Goodnow Discusses the Future of Law and Shattering Convention”). Martindale-Hubbell peer reviews describe James as “a brilliant advocate” and “dedicated to his clients.”

James is known for his thought leadership at the intersection of law and business. He is a contributor to Forbes, and he writes a legal innovation, leadership and management column for Above the Law. He is the co-author of Motivating Millennials, which debuted at #1 on Amazon in the business management category. He has appeared on or been covered by CNN, CNBC, Good Morning America, Today, Fox News, the Wall Street Journal, the Washington Post, the Financial Post, Entrepreneur, Inc., and many others.

The Phoenix native is a graduate of Brophy College Preparatory and received a BS from Santa Clara University, where he was elected Phi Beta Kappa and graduated first in his class. While at Harvard Law School, he honed his skills in the acclaimed Program on Negotiation. He now presents regularly on advanced negotiation and leadership.

James is dedicated to the community. He volunteers his time mentoring business owners on strengthening their enterprises. After recovering from a treatable form of kidney disease, he spearheaded The Kidney Challenge and became a board member of the National Kidney Foundation of Arizona. James is also a member of the Board of Directors for Make-A-Wish® Arizona. He is the father of two beautiful children, and he is married to his high school sweetheart.