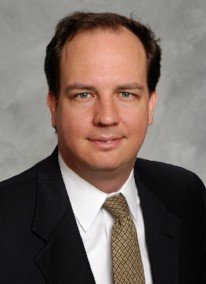 Jason Kelly focuses his practice on complex litigation, including personal injury, wrongful death, professional negligence, and insurance bad faith.
"Many attorneys refer clients to me to handle complex litigation issues. I take the time to understand the case from my client's perspective, the intricacies of the lawsuit, and my client's goals. Together, we work as a team to obtain the best resolution, up to and including courtroom litigation if necessary."
Jason Kelly's litigation experience began while he was still in law school with criminal misdemeanor and felony jury trials. Today, his practice encompasses a wide range of contested matters, from administrative hearings to arbitrations, civil trials and appeals.
The Brophy College Prep alumnus focuses his practice on complex litigation, including:
Wrongful death and personal injury
Civil rights cases against governmental entities
Medical malpractice
Professional malpractice claims against attorneys, accountants, insurance providers and real estate agents.
Insurance bad faith
In addition, Jason helps to resolve certain types of disputes through his Affordable Mediation services.
Honors and Awards
Martindale-Hubbell® AV Preeminent® Peer Review Rating™
Martindale-Hubbell® Silver Client Champion Award, 2017
Top Rated Lawyers, Arizona Republic, 2015
Success Stories
See: Division of Fees with Referring Attorneys
Won a $10.45 million jury award against the City of Phoenix for negligent intersection design and maintenance that resulted in the death of a motorcyclist. | The verdict in this case was the third-largest Arizona jury award in 2016. | See article in The Arizona Republic.

Negotiated a confidential settlement in an insurance bad faith claim arising out of an insurance company’s improper handling of a mid-air airplane engine explosion and fire.
Preserved a $1.06 million insurance bad faith judgment on appeal.
Negotiated a confidential settlement agreement on behalf of real estate purchasers who were the victims of the negligence of real estate agents and brokers in regard to several real estate transactions, including the sale-leaseback of a commercial property, the purchase of custom model homes, and vacant property that was the subject of a hotel development.

Negotiated a confidential settlement with a hospital in connection with the secret recording of a patient’s medical examination by one of the hospital’s doctors.

Employed as special counsel for a U.S. Bankruptcy Trustee and recovered nearly $500,000 on an insurance policy covering the negligent acts of directors and officers of a bankrupt company.
Negotiated a $400,000 settlement against Yuma County for allowing an inmate to commit suicide while in custody. | See article in The Yuma Sun.
Fought for and won insurance coverage for a cancer patient being denied coverage by her health care insurance company.
Settled a claim against the Quechan Indian Tribe for $324,000 for the Tribe's failure to pay for fire protection services to the Q Casino pursuant to a contract between the Tribe and the Winterhaven Fire Department.
Recovered over $200,000 for a watermelon grower in a AAA arbitration on a claim that the grower’s marketing and sales agent failed to fully pay all amounts due to the grower (see related article).
Obtained a $175,000 recovery for a mental health services provider that was not fully paid by the treatment center employing its counselors.
Settled an accounting claim for full value the day that the trial was set to begin.
Successfully challenged the signature sufficiency of a Yuma city council candidate's nominating petition. | See article in The Yuma Sun.
Successfully terminated a conservatorship, over the objection of the fiduciary, and was awarded attorneys' fees for the fiduciary's wrongful and unreasonable conduct in regard to the conservatorship.
Professional Memberships
State Bar of Arizona
Maricopa County Bar Association
Judge Pro Tem, Maricopa County Superior Court