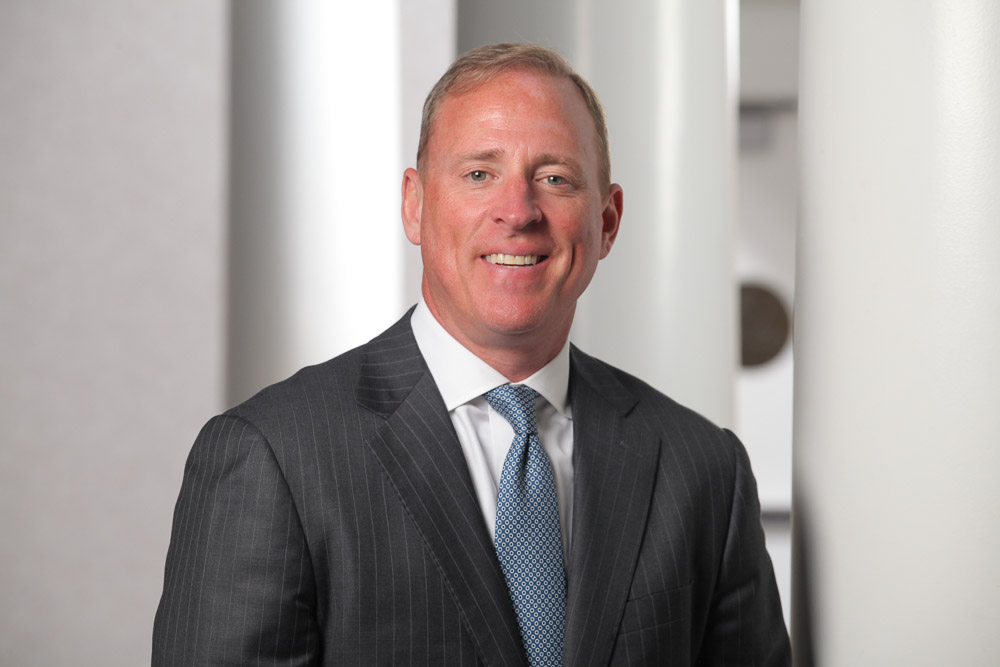 You might think for a lawyer the hardest thing to ever do is face a jury. But for Jonathan Pope, it was facing a much larger mountain – literally. Pope and a group of friends climbed Washington State’s Mount Rainier in 2012, all 14,411 feet of it.

“It was the hardest thing I’ve ever done, but you learn so much about yourself when you do something like that,” Pope said. Like that you’re a bit of a thrill-seeker.

“I’ve always liked a challenge. The bigger the stakes, the better.”

Pope admits that’s probably one of the reasons he became a lawyer. That, and he likes to argue and enjoys trying cases.  Jon focuses his trial practice at Hasty Pope on a wide range of personal injury matters, including wrongful death, catastrophic injuries, and automobile and tractor trailer collisions.

He and his brother Tom, a partner at Hasty Pope, grew up around law. Their father, Judge Marion T. Pope, of counsel at the firm and a former chief judge of the Georgia Court of Appeals, had them in courtrooms from the time they were very young.

Jon got his first direct experience in law at The Citadel as part of the honor court, the court system of the school. As a pre-law major, he acted as a defense lawyer for a friend.

“I brought in a handwriting expert. And then I recused the chairman of the honor court since he was also the provost who had collected evidence for the case,” Pope said. “That whole experience sealed it for me.”

But he still wants to do more. “We don’t want to be like everyone else, we want to do it better,” Pope said. “We’re constantly learning, and we want to be on the cutting edge.”

Pope said he and his firm are different because of the focus they put on the investigation of their cases and the time they spend helping their clients navigate the legal system.

“The legal system can be harsh,” Pope said. “We have compassion and we know people need guidance through this.”

Pope has tried more than 40 jury cases; he’s helped secure lifetime medical care for clients and monetary settlements to alleviate financial woes. But what keeps him going is getting results that truly change people’s lives.

“One client cried, it was so emotional for him,” Pope said. “He had been battling with a company on his own for 10 years, letter after letter. It was a true ‘David and Goliath’ moment.”