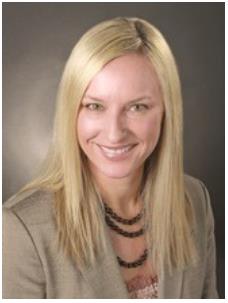 Karina Zabicki DeHayes
Partner
kdehayes@tdrlawfirm.com
(312) 762-9450
Karina Zabicki DeHayes is a partner at Tabet DiVito & Rothstein LLC.  In 2015, she was named one of the Top 50 Women attorneys in Illinois.  In every year since 2014, she has been identified as an Illinois Super Lawyer in SuperLawyers® Magazine.  Previously, for four consecutive years beginning in 2009, she had been named an Illinois “Rising Star” by her peers in SuperLawyers® Magazine, a distinction reserved for the top 2.5% of Illinois lawyers who are under the age of 40 or in practice for 10 years or less.  In 2008, she was recognized in the Chicago Daily Law Bulletin’s “40 Under Forty” – Illinois attorneys to watch.

She has handled matters involving breach of contract, real estate litigation, executive compensation, restrictive covenants, statutory and common law unfair competition and fraud, defamation, breach of fiduciary duty, and professional malpractice.  She also counsels business executives regarding their severance agreements with their employers.  She has been admitted as a member of the Federal Trial Bar for the Northern District of Illinois.

Ms. DeHayes received a B.A. degree in History from the University of Michigan, graduating with distinction in 1995.  In 1998, she earned her J.D. degree from Loyola University of Chicago School of Law.  She served as a member of the Loyola Consumer Law Review and participated in Loyola’s Moot Court Program, receiving an award for Best Oral Advocate at the regional competition before competing at the national competition.

Ms. DeHayes joined Tabet DiVito & Rothstein in March 2001.  A sampling of her cases includes the following:

Lead counsel at an arbitration hearing for a publicly-traded pharmaceutical company that involved the repudiation of an exclusive, six-year contract between the drug manufacturer and supplier.  Prevailed at the arbitration hearing on all claims, securing an award for the firm’s client of more than $8 million plus attorneys’ fees.  During those proceedings, also defeated a counterclaim seeking approximately $24 million in damages resulting from the alleged failure to manufacture a drug in accordance with technical specifications and applicable law.
Successfully represented clients in the Illinois Appellate Court, Second District, in a case involving anticipatory breach of a contract.  After the appellate court had entered a judgment against the clients in the original appeal, during which they were represented by a different law firm, she filed a successful petition for rehearing, resulting in the appellate court affirming the original trial court judgment and reinstating damages in favor of the clients.
Defended a Fortune 500 company in a federal lawsuit alleging breach of a sales contract for the sale of five corporate properties.  Following a bench trial, the court denied plaintiff's request for a preliminary injunction that would have enjoined the properties' sale to another bidder.
Assisted minority members of a limited liability company to avoid an unfair sale and a potential squeeze-out related to a company's investment in a commercial office building; achieved that successful outcome without filing suit.
Primary counsel in the successful representation of a former principal of a closely held corporation.  On reconsideration of an adverse judgment against the client, entered before her entry into the case, the trial court reversed summary judgment entered against the client and entered summary judgment in his favor instead.  On appeal, after an original adverse judgment the appellate court affirmed the trial court’s judgment following a successful petition for rehearing.
Co-counsel in the successful representation of a national trade show organization in a federal lawsuit that culminated in a five-week jury trial.
Co-counsel in the successful constitutional challenge to a state-wide tax on cellular telecommunications customers within the state of Illinois.  The decision invalidating the tax was affirmed by the Illinois Supreme Court.
Co-counsel in the successful appeal on behalf of a large accounting firm sued for professional negligence.
Co-counsel in the successful representation of a former Chief Executive Officer of a large corporation in a golden parachute case.
Ms. DeHayes served as the President of the Women’s Bar Association of Illinois in 2012-2013, of which organization she is still a member.  She currently serves on the Advisory Committee for the Board of Directors of the Women’s Bar Foundation.  She is a member of the Chicago Bar Association, Illinois State Bar Association, American Bar Association and Advocates Society.  In 2016, Ms. DeHayes was invited by a federal district court judge of the Northern District of Illinois to join the Advisory Committee for the Study of the Rules of Practice for the Northern District of Illinois Federal District and Bankruptcy Courts, a committee in which she still participates.

Ms. DeHayes is a mentor to many women attorneys through her continuing activities in the Women's Bar Association of Illinois.  She has authored numerous articles in the Chicago Daily Law Bulletin, an example of which is "Ways for women to stick with their legal careers."  A link to the article is accessible through her bio on the firm's website at www.tdrlawfirm.com.