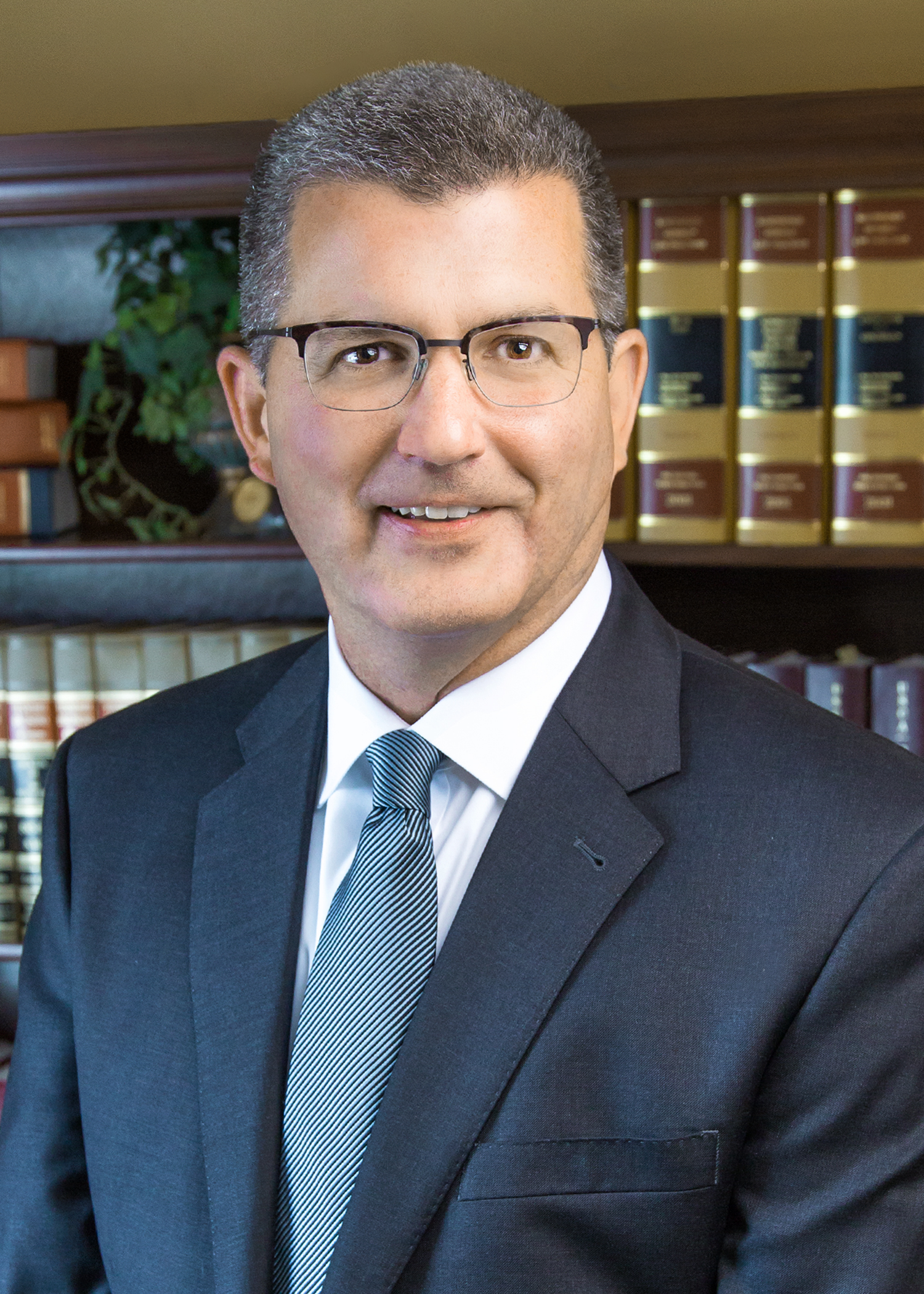 Kevin Snider is the founding attorney of Snider & Horner, PLLC and a licensed attorney in the State of Tennessee, a Certified Fraud Examiner, and Board Certified as a Civil Trial Specialist and Civil Pretrial Specialist by the National Board of Trial Advocacy.  He concentrates on Consumer Law and Consumer Protection matters but he is also active in many other areas of both civil and criminal litigation. Mr. Snider has completed over 1900 trials and hearings in local, state, and federal courts as well as at administrative hearings which included the precedent setting case of Beverly Miller, et. al. v. United Automax (2005) in which the Tennessee Supreme Court adopted Mr. Snider’s argument on remedies available in consumer fraud cases. In addition, he has served as a legal consultant and television commentator for WREG News Channel 3 as well as WMC News Channel 5; he conducts legal seminars and lectures for the Memphis and Shelby County Bar Association, National Business Institute, Tennessee Alliance for Legal Services, West Tennessee Legal Services, Memphis Area Legal Services, SCORE and other local entities; he has testified before the Tennessee House Standing Committee of Consumer and Employee Affairs in regard to new consumer rights legislation; he is the author of Selected Statutes of Tennessee Consumer Law (2003) and A Practical Guide to Identity Theft (2003); he was instrumental in the drafting and subsequent passage of the 2003 amendments to the Tennessee Lemon Law; he has worked as a part-time Public Defender for the City of Germantown; he serves as a Special Judge for the Shelby County General Sessions Civil Court and previously for the Germantown Municipal Court; and he was the featured columnist for the Shelby Sun Times “Ask a Lawyer” newspaper column from 2000-2002, is the featured columnist for “A Question of Law” newspaper column in the Fayette Falcon (2018 – current), and was the host of “Legal Ease” a local legal television show from 2000-2008.

Mr. Snider received his B.S. degree in Business Administration from Southern College in Collegedale, Tennessee where he served as an Auxiliary Probation Officer for the Hamilton County Juvenile Court.  He then completed the Graduate Summer Scholar Program at George Washington University in Washington, D.C.  Later, he received his law degree from the University of Memphis School of Law in Memphis, Tennessee where he was a member of the Moot Court Board and listed in Who's Who Among American Law Students and subsequently received accreditation as a Certified Fraud Examiner from the Association of Certified Fraud Examiners and Board Certification as a Civil Trial Specialist as well as Board Certification as a Civil Pretrial Specialist by the National Board of Trial Advocacy.  Mr. Snider has been recognized as an “Advocate” by the Association of Trial Lawyers of America’s National College of Advocacy after completing extensive civil trial seminars and courses conducted at Emory University School of Law in Atlanta, Georgia and at Harvard Law School in Cambridge, Massachusetts.

He is admitted to practice before the U.S. Supreme Court, U.S. Court of Federal Claims, U.S. Tax Court, all of the courts in the State of Tennessee, the U.S. District Court and U.S. Bankruptcy Court for the Western District of Tennessee, and the U.S. Court of Appeals for the Sixth Circuit.  From 2013 through 2017 (5 years in a row), Mr. Snider was recognized as one of the top trial attorneys in the United States by being selected for membership into The National Trial Lawyers: Top 100 Trial Lawyers.  In 2016 and 2017, Mr. Snider was selected for inclusion in the American Society of Legal Advocates as one of the Top 100 Litigation Attorneys in Tennessee.  In 2017, Mr. Snider was selected for Fellowship into the Litigation Counsel of America society whose membership is limited to less than one-half of one percent of North American lawyers.  Also, in 2017, Mr. Snider achieved Lead Counsel Verification in Consumer Protection.  In 2018, Mr. Snider was selected for inclusion in Lawyers of Distinction based upon his exceptional achievements in the practice of law.  Also, in 2018, Mr. Snider was selected for membership as one of the 10 Best Attorneys for Tennessee by the American Institute of Family Law Attorneys.  In addition, he has been awarded the highest attorney rating achievable (“AV”) by the Martindale-Hubbell Legal Directory which has recognized him as a highly respected and ethical member of the Bar and his law firm is an accredited business with the Better Business Bureau achieving the highest rating possible (A+).  In 2017, Mr. Snider was awarded the distinction of being a Platinum Client Champion by Martindale-Hubbell for receiving a tremendous amount of exceptional reviews from his clients and also bestowed a top rating from AVVO for his trial work.  From 2009 through 2017 (9 years in a row), he was selected for inclusion and listing in the highly esteemed “Mid-South Super Lawyers” magazine as a Super Lawyer and previously in 2009, he was selected for inclusion and listing in the highly esteemed “Mid-South Super Lawyers” magazine as both a Super Lawyer and Rising Star which chooses less than five percent of Tennessee, Arkansas and Mississippi attorneys for listing.  In 2006, Mr. Snider was nominated for Trial Lawyer of the Year in TLPJ Foundation’s national award for attorneys who have made the most outstanding contribution to public interest through precedent-setting litigation.  In addition, he is a member of the Million Dollar Advocates Forum which restricts membership to attorneys who have obtained judgments or settlements in excess of one million dollars and he has served as President of the East Shelby County Bar Association and is a member of the Tennessee Association for Justice, the American Association for Justice, the Memphis Bar Association, the Tennessee Bar Association, and the American Bar Association.  Mr. Snider served as the general legal counsel for the Shelby County Republican Party (1999-2003), served as the legal counsel for the Greater Mid-South Area Jaycees (1997-2004), and is a former board member of the Memphis and Shelby County Bar Foundation.  In addition, he is an active member of the Association of Certified Fraud Examiners, an active member of the National Association of Consumer Advocates and has given legal opinions on CNN’s “Talk Back Live” television show and in local, regional and national newspapers and publications such as AARP magazine and Lawyers USA.

In 2018, Mr. Snider’s firm was selected as the very first “Wise Choice” by well-known former consumer investigative reporter Andy Wise.  In 2002, Mr. Snider’s law firm was awarded the prestigious “Small Business of the Year” award by the Germantown Area Chamber of Commerce and was voted “Favorite Law Firm” by the readers of the Germantown News in 1999, 2000, 2002, 2005, 2006, 2007, 2008, 2009, 2010, 2011, 2012, 2013, 2014, 2015, 2016, 2017, and 2018.  In 2006, he was awarded the esteemed “Top 40 Under Forty” award in the Memphis Business Journal’s annual awards for individuals who have excelled in business and professional areas.  In addition, Mr. Snider was appointed to the Business Advisory Council of the National Republican Congressional Committee, selected for listing in “Who's Who in Executives and Professionals”, selected for listing in “Outstanding Young Men of America”, selected for listing in “Who’s Who in Germantown”, and is a graduate of the 1998 Class of Leadership Germantown.  In 2000, he was awarded and named a “Hometown Hero” by the City of Germantown.  In 2012, Mr. Snider was selected for Business Leader’s Top 50 Entrepreneur Award.