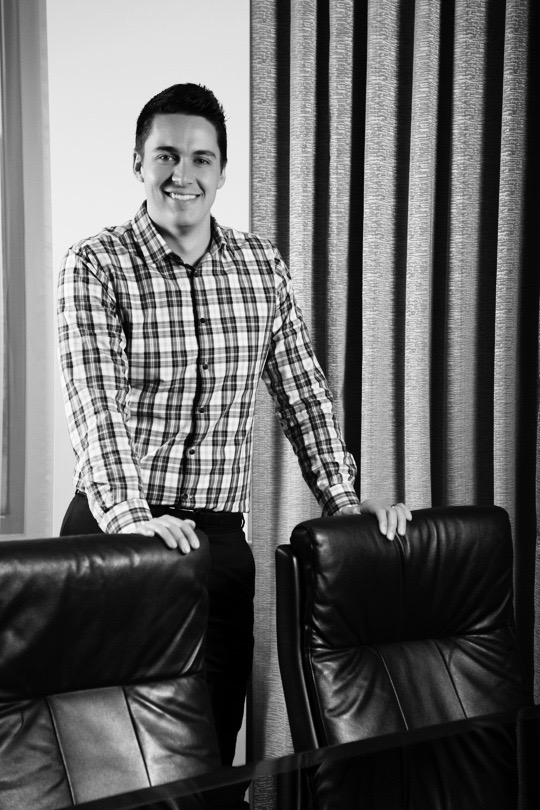 Kyle Stucki is an up-and-coming leader in the world of plaintiff trial lawyers. Known for his aggressive litigative strategies while simultaneously maintaining a reputation for honest, compassionate, and attentive relationships with clients, Kyle is already being recognized as a leader and skilled advocate among peers and opposing counsel.

Being invited as a Lifetime Member of "America's Top 100 Attorneys" and recently being named the “2015-2016 Personal Injury Lawyer of the Year for Nevada” by the Personal Injury Law Experts are the most recent of a litany of awards granted to Stucki during his blossoming career. Other awards include “Top 40 Under 40” by The National Trial Lawyers (2014, 2015, 2016), “Top 10 Under 40” by The National Academy of Personal Injury Attorneys (2014, 2015, 2016), “10 Best Client Satisfaction for Nevada” by The American Institute of Personal Injury Attorneys (2015, 2016), and “Rising Star” by Super Lawyers Magazine (2015, 2016). Due to his unprecedented success at a young age and the large number of high-value settlements he’s negotiated, Stucki was invited to be a “Lifetime Member of the Million Dollar Advocates Forum” by The Top Trial Lawyers in America, an honor reserved for lawyers with settlements in excess of one million dollars – an achievement reached by less than 1% of U.S. lawyers.

Stucki is an active participant within his community where he’s currently a member of the Utah Association for Justice, the Nevada Justice Association, the Washington State Association for Justice, and a continuing contributor to the NJA Citizens for Justice program. He also serves on the Editorial Board for the Trial Guides Publishing Company, which has produced hundreds of books, DVDs, and other media to help trial lawyers develop winning strategies and tactics to employ in their practice.

Education is extremely important to Stucki, who in 2009 received his BS of Legal Science from Utah Valley University, in Orem, UT, in 2011 his Juris Doctorate from California Western School of Law (where he completed an accelerated law program while also serving as President of the J. Reuben Clark Law Society), San Diego, CA, and in 2015 his Masters of Business Administration from Suffolk University, Boston, MA. His thirst for knowledge and achievement paid off when he passed the Nevada, California, and Washington State bar exams on his first sitting (infamously considered 3 of the top 5 hardest bar exams in the country).

Stucki is currently a member of the Nevada, California, Washington, and Utah State Bars and actively practices in each jurisdiction. He’s an active member of The Church of Jesus Christ of Latter-Day Saints, an Eagle Scout, and is experiencing true joy with his wife and infant son.