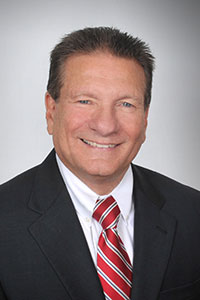 Louis J. La Cava was born in the Bronx, New York in 1954. He attended the University of Florida and graduated with a Bachelor of Arts degree with honors in 1976. He received his legal education at Nova University, receiving his Juris Doctor degree, cum laude, in 1985. While at Nova, he was a staff member of the Nova Law Journal from 1983 to 1985. He received American Jurisprudence Awards for demonstrating outstanding scholastic achievement in Evidence, Trial Advocacy and Federal Income Tax. Mr. La Cava was admitted to the Florida Bar in 1985 and admitted to the Federal Bar in the Southern District of Florida in 1987, Middle District of Florida in 1995 and Northern District of Florida in 1996. He has been a member of the Thomas Fleming Chapter of Phi Alpha Delta Law Fraternity International since 1983. He is currently a member of the Hillsborough County Bar Association, West Coast Claims Association and Litigation Counsel of America, an invitation only trial lawyer honorary society.

He is also a member, with the highest rank of Diplomate, of the American Board of Trial Advocates (ABOTA).

Mr. La Cava began his legal career in 1985 as an associate at the law firm of Stephens, Lynn, Chernay & Klein. In 1995, he became the managing partner in the Tampa office of Stephens Lynn, and in 2004, he became the managing partner of the firm known then as Stephens, Lynn, Klein, LaCava, Hoffman and Puya, holding that position until 2010. In 2010 he along with Kari Jacobson founded the law firm of La Cava and Jacobson.

Over the past 31 years, Mr. La Cava has been extensively involved in defending professional negligence cases against physicians, dentists, hospitals, psychologists, licensed mental health counselors, nursing homes and assisted living facilities. He has also been involved in representing health care professionals in administrative actions initiated by the Agency for Healthcare Administration and the Department of Health. He has been called upon to defend clients in catastrophic injury cases of all kinds. Mr. La Cava has also been involved in defending bad faith actions against insurance companies.

He is a frequent lecturer at risk management seminars for medical malpractice insurance companies, physician groups, licensed mental health counselors, nurse practitioners and nurses. He has been selected by his peers as a Florida Super Lawyer from 2006 through 2017 for his professional achievement. Only the top five percent of the lawyers in the State are named Super Lawyers. He has also been selected by his peers to be included in Best Lawyers in America from 2007 through 2017. Mr. La Cava was named by Best Lawyers as Tampa Best Lawyers Medical Malpractice Law-Defendants Lawyer of the Year for 2012 and 2017. He was also listed by Medical Malpractice Lawyers as Top 1% Trial Counsel in Medical Malpractice 2012 for Florida. Mr. La Cava is also listed in Florida Trend Legal Elite 2012. Mr. La Cava is an active trial lawyer who has tried in excess of 100 cases to jury verdict. He is AV Preeminent 5.0 out of 5 peer review rated by Martindale-Hubbell for his ethical standards and professional ability.

Lou La Cava is also involved in community service and was a member of the Board of Directors of the Florida Medical Clinic Foundation of Caring, 2013 to 2016. He is currently on the Board of Directors of The Friends of Weedon Island. Lou and his wife April are volunteers and supporters of charitable foundations and nonprofit organizations including, Philanthropic Women of St Joseph’s, The St Joseph’s Hospitals Foundation, St. Pete Glitter Queens, Moffitt Cancer Center, Metropolitan Ministries, Pediatric Cancer Foundation, The Kind Mouse, Buddies Thru Bullies, English Bulldog Rescue and Golden Retriever Rescue of Southwest Florida.