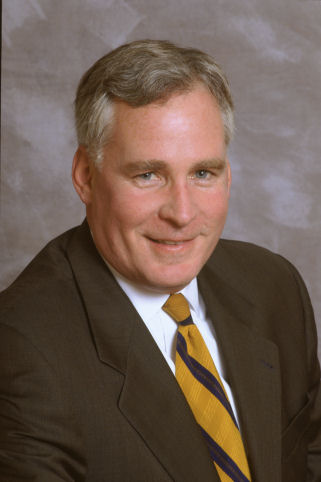 Mr. Crean is noted for the successful defense of the landmark Libby Zion case, which involved the defense of claims for punitive damages against an academic medical center, claims of system-wide supervision failures and sleep deprivation. This and other high profile matters are defended at all levels through criminal investigation, state discipline proceedings, civil trial and the media. Mr. Crean is a member of the Firm’s Health Care Group and regularly defends physicians and institutions before the New York State Department of Health and its Office of Professional Medical Conduct.

Drawing on his expertise, Mr. Crean lectures on risk management and quality assurance in the hospital and managed care setting, as well as on malpractice prevention, trial strategy and punitive damages in Grand Rounds and other forums. He has lectured for the New York State Bar Association on Physician Discipline and licensing issues and for the Practicing Law Institute on trial strategy. He has also lectured on Psychiatric Malpractice for Lawline.com.  Mr. Crean participates as a Speaker at the Firm’s’ Continued Legal Education seminars, which are attended by healthcare professionals and attorneys. He has served on the Board of Trustees for a Community Hospital and also as chair of the hospital’s Quality Assurance Committee. He currently serves as a member of the Firm’s Executive Committee.

Mr. Crean is a Fellow of the American College of Trial Lawyers and has served on its Downstate Committee. He has been recognized by his peers as one of the Best Lawyers in America® as published by New York Magazine and he has also been recognized by New York Super Lawyers.  He has co-authored chapters in the Legal Manual for New York Physicians and contributed to both Medical Economics and Court T.V.  He is AV® rated by Martindale-Hubbell® which is their highest rating.* In 2014, Mr. Crean was selected for inclusion in The Irish Legal 100, an annual list compiled by The Irish Voice Newspaper, which honors the top legal professionals of Irish descent internationally.

Mr. Crean earned his law degree from Fordham University School of Law in 1981, and his undergraduate degree from the University of Massachusetts. He is admitted to practice before the New York State Courts, the United States District Court for the Southern, Eastern and Northern Districts of New York, and the United States Supreme Court. Mr. Crean is a member of the American Health Lawyers Association (Fraud and Abuse, False Claims; Healthcare Liability and Litigation Committee), The Association of the Bar of the City of New York, the New York State and Westchester Bar Associations (member, Health Law Section) and a member of the Defense Research Institute. Mr. Crean was recently named the Co-Chair of the Professional Discipline Committee of the Health Law Section of the New York State Bar Association.