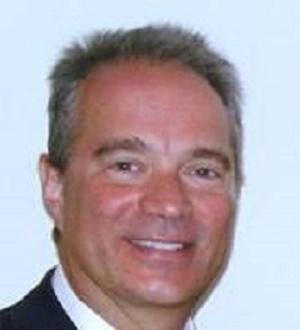 In a landmark victory, a Massachusetts Superior Court jury awarded Robert Feinberg’s client $7.7 million including interest as a result of a boiler explosion, and this became the highest injury verdict in Massachusetts over a five year period, excluding medical malpractice. The victory for the industrial worker was achieved despite years of claims that he was at fault for his accident and thereby entitled to nothing.

As reported in Massachusetts Lawyers Weekly in 2019, Mr. Feinberg resolved a construction site accident for $5.35 million dollars. The young construction worker had suffered very serious leg injuries. The defendant, the general contractor, argued that the responsibility for this roofing accident was that of the plaintiff’s employer and not the general contractor. The case successfully resolved after numerous depositions. Mr. Feinberg hired 11 experts, 3 on construction site safety and management, and 8 on damages.

Also, as reported in Massachusetts Lawyers Weekly in 2019, Mr. Feinberg along with Colleen Santora tried a pedestrian/motor vehicle accident in which their client suffered a severe calcaneous fracture. The jury returned a verdict of $1.1 million dollars, far in excess of the insurance company’s offer.

As reported in 2020, Robert Feinberg settled another construction site injury, that one for 3.75 million. In actuality, the value of the settlement was close to 5 million dollars because of concessions made by the insurance company relating to past and future medical expenses.

Robert I. Feinberg has been a very well known personal injury attorney for close to 40 years. He has won numerous awards and recognitions, including the designation of Super Lawyer in the category of personal injury for every year that honor has been given. Robert Feinberg has also been listed as an “Outstanding Lawyer of America”, is a member of the Million Dollar Advocates Forum and Multi-Million Dollar Advocates Forum. He has also been selected for inclusion in the American Trial Lawyers Association Top 100 Trial Lawyers for the State of Massachusetts. Mr. Feinberg has testified before the Massachusetts Joint House/Senate Insurance Committee on insurance coverage. He has also lectured more than ten times to other attorneys on the handling personal injury cases, especially concerning trial practice. His court pleadings have been used as a teaching tool for members of the American Association of Justice. Attorney Feinberg is a 30 year member of the Board of Governors of the Massachusetts Academy of Trial Attorneys. Mr. Feinberg and the firm has an AV Preeminent rating from Martindale-Hubbell, the oldest peer rating service for lawyers. He also has a perfect rating of “10” from AVVO and is included in the National Trial Lawyers Top 100 Trial Lawyers. He has authored more than three hundred blogs and articles on trial practice, evidence, and insurance law, many of which are videos and on this website.