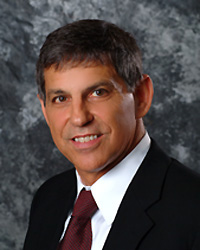 Mr. Langer is AV Preeminent® Rated by Martindale-Hubbell® who has been selected for inclusion on the Super Lawyers® list from 2008-2016. In 2015 and 2016, Mr. Langer was ranked in the top 50 for Indiana Super Lawyers® Magazine. In 2004 and 2009, Mr. Langer received the Trial Lawyer of the Year award from the Indiana Trial Lawyers Association, and was recently selected as one of the Best Lawyers in America®, published in the 20th (2014) and 21st (2016) Editions of Best Lawyers in America®, and has been recognized as one of the Top 100 Trial Lawyers by National Trial Lawyers Association.

Steven has been married for 28 years to his wife Diana. They have two children, a son who has since joined the firm in 2016 following completion of law school, and a daughter who is in her third year of law school. Both children intend to practice law, following in the footsteps of their father.