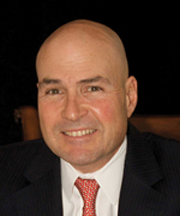 Victor is a member of the Million Dollar Advocates Forum, having first been named to the forum in 2002. In 2016, he became a member of the Multi-Million Dollar Advocates Forum. Membership in these forums is restricted to attorneys who have won verdicts or reached settlements totaling one million dollars and multi-million dollars, respectively. In addition, Victor has been included on the list of New Jersey Super Lawyers each year since 2006. The New Jersey Super Lawyers list is generated by the Thomson Reuters organization based on the methodology and set of standards set forth in the Super Lawyers Selection Methodology.

A member of the New Jersey State Bar Association, Victor served as a judge on the Yale Mock Trial Invitational sponsored by Yale University. He has also held various membership positions and chaired many committees in the Hunterdon County Bar Association. A commentator at the Institute for Continuing Legal Education (ICLE), Victor was also an adjunct faculty member at Hofstra University School of Law’s Trial Advocacy Program. At Hofstra, Victor taught trial practice techniques to other attorneys under the National Institute for Trial Advocacy Program.

Victor is an arbitrator for the American Arbitration Association with the New Jersey Courts and has been appointed by the Court as a Discovery Master in complex litigation matters.