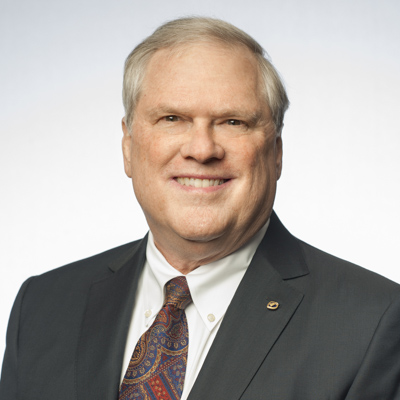 The building of America takes many skilled veterans like Mr. Purdy, who has spent over 40 years working, primarily in the Jackson, Mississippi, area, as an expert in construction and federal government contract law. Mr. Purdy began his legal career after serving as a decorated U.S. Marine in the Vietnam War. He is also a practitioner of arbitration, mediation, and alternative dispute resolution, topics for which he has authored several papers and presentations.

Mr. Purdy joined the Marines in 1968 at the height of the Vietnam War. He served as an infantry company commander as a 23 year old lieutenant. For his service, he was decorated with the Bronze Star with the distinguishing insignia for combat valor, the Purple Heart Medal, the Combat Action Ribbon, and the Vietnamese Cross of Gallantry. Upon returning to the U.S., Mr. Purdy applied himself to earning a J.D. from the University of North Carolina, which he received in 1975. He worked as an associate with Smith, Currie & Hancock in Atlanta until 1977, when he moved to Jackson, Mississippi. There he served as the vice president of Southeastern Services, Inc until 1980, when he became founding partner and principal of the firm of Ott & Purdy. In 2003, he formed Purdy and Germany, and in 2008 he became a partner with Bradley Arant Boult Cummings LLP, where he continues to practice law.

As an arbitrator and mediator, Mr. Purdy has a reputation for resolving conflicts. He is the author of “The Art of Giving Effective Notice Without Creating Ill Will,” and “Arbitration and Mediation in Mississippi”. He was named a Master of the Bench for the Charles Clark Inn of the American Inns of Court, for which he served as President, 2012-2014.  In 2014, Mr. Purdy was selected by the Mississippi Business Journal’s panel of experts as Mississippi Lawyer of the Year.  He is a Fellow in the American College of Trial Lawyers, a Fellow in the International Society of Barristers, for which he has been State Membership Chair for Mississippi for many years, and a Fellow in the Mississippi Bar Foundation. Mr. Purdy has been named multiple times as one of the Top 50 Lawyers in Mississippi by SuperLawyers and Jackson Construction Lawyer of the Year by Best Lawyers.  Mr. Purdy is one of only two Mississippians to be honored for inclusion in Who’s Who Legal in Construction Law.  For several years running, he has been ranked by Chambers USA as Band 1 (highest) in construction litigation in Mississippi. He received the Outstanding Mississippian Commendation by joint resolution of the Mississippi House of Representatives and the Mississippi Senate.  Mr. Purdy was included in numerous volumes of Who’s Who in America, Who’s Who in American Law, Who’s Who in the World, and Who’s Who Legal. He has a wonderful wife, two great daughters, and terrific boy and girl twin grandchildren.  Mr. Purdy enjoys the rhythm and blues genre of rock and roll, as well as Tar Heel basketball.