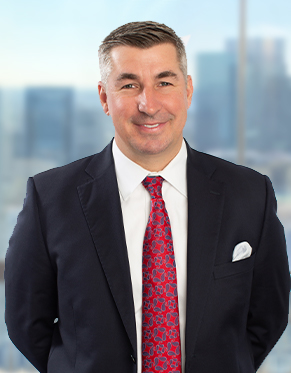 Many businesses have turned to Charles B. Jimerson to fight the hardest battle they will ever fight. Whether it’s an overexposed start-up, or an established business, sometimes a company’s survival depends on the results obtained in a single legal engagement. For those matters, and many others of lesser impact but equal importance, clients have come to Mr. Jimerson for representation when they sought a seasoned lawyer who knew how to run a case efficiently and present a winning argument. Mr. Jimerson has a proven track record for successful outcomes in situations where the pressure is escalated and the consequences are vital. Whether it is a high-dollar lawsuit, a lucrative transaction, or a weighty corporate decision impacting operations, when Mr. Jimerson accepts an engagement, his clients reap the benefit of his pragmatism, competitive spirit, business-oriented knowledge base, and intense personal investment, as well as his ready sense of humor. In 2018, Mr. Jimerson was named by The Business Journals (national publication) as one of the Top 100 Most Influential Attorneys in Law and Business in the United States.

Charles B. Jimerson founded Jimerson Birr, P.A., and is the firm’s Managing Partner. Mr. Jimerson represents various businesses of all sizes as their go-to counsel for all legal matters, both in court and out of court. In his capacity as a practice group leader for several areas of emphasis of the firm, and someone who often finds himself involved in the most sensitive matters the firm is handling at any given time, Mr. Jimerson leads teams of lawyers serving several industries in many capacities. Most of his days are spent putting out legal fires for businesses of all sizes in need of a lawyer who can draft and enforce contracts, provide grounded executive-level advice, and collect money owed. Mr. Jimerson has significant experience in all stages of litigation, including alternative dispute resolution, negotiation of settlement and litigation of multifaceted commercial matters up through and including trial. His career highlights below and representative matters tab reflect a diverse legal career focused upon obtaining results for his clients.

Mr. Jimerson has won just about every peer-nominated and media-given award a Florida business lawyer can win. He is an A-V rated lawyer, recognized by his peers as having the highest level of ethical standards and professional ability. Mr. Jimerson is recognized as an expert in construction law by The Florida Bar as a Board Certified Construction Attorney. In obtaining Board Certification, Mr. Jimerson has earned recognition for having the highest standards of skills, specialty knowledge, proficiency, professionalism and ethics as determined by the Florida Bar. Mr. Jimerson has received several business and legal recognitions, including multi-year listings for Super Lawyers and Florida Trend Legal Elite, The Jacksonville Business Journal’s 40 under 40, The Jacksonville Business Journal’s Veterans of Influence and Leadership Jacksonville. In his time as Managing Partner of the firm, Jimerson Birr, P.A. has won many local and statewide awards honoring fast growing companies, veteran owned businesses and best places to work.

Born and raised in Sarasota County, FL, Charles B. Jimerson, Esq. is a Floridian with roots as far back as the early days of statehood. He cut his teeth in the construction sector supervising landscape crews and serving as a shift manager at his Grandfather’s plant nursery as early as 13 years old. Upon graduation from high school, Mr. Jimerson enlisted in the U.S. military to serve his country and earn money for college. His tireless work ethic and ability to adapt and overcome challenging situations enabled him to graduate with highest honors, and in the top two percent, in every academic class he had in his secondary education prior to law school (undergraduate, professional certifications, and technical schools), and in the top one-third of his law school class. A graduate of the Lundy-Fetterman School of Business at Campbell University (Buies Creek, NC), Mr. Jimerson earned his Bachelor of Business Administration degree summa cum laude. While attending Campbell University, Mr. Jimerson contemporaneously served as an active duty Combat Meteorologist in the United States Air Force, participating in various worldwide operational missions and earning Airman of the Year honors. During his tenure, Mr. Jimerson was the youngest operationally certified meteorological forecaster in U.S. Air Force history.

Mr. Jimerson also received a Professional Certification in Marketing with an emphasis in Sports Marketing from the University of Kentucky. He obtained his Juris Doctorate at the University of Florida Levin College of Law, serving as the President, Officer and Director to several student-run organizations. Mr. Jimerson also participated in the London Legal Consortium in London, England, where he met his wife, Ashley. Prior to founding the firm, Mr. Jimerson practiced at prominent Jacksonville-based commercial litigation and construction law boutique law firms.