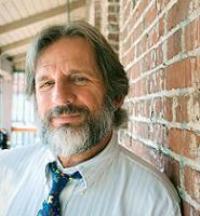 Dan Stormer is a 1974 graduate of New York University School of Law, and a 1968 graduate of Wagner College. He has been a Civil Rights, International Human Rights and Constitutional lawyer for forty two years. Mr. Stormer has been recognized internationally, nationally and locally as one of the top attorneys in the United States. Mr. Stormer has repeatedly been listed the "Top 100 Most Influential Lawyers in California," "Top Labor and Employment Lawyers," "Best Lawyers in America," as well as in the "Top 10 Lawyers" in Southern California. He was recently named "Attorney of the Year" by the California Lawyer for his work in International Human Rights. As a result of a nationwide survey, he is listed among Lawdragon Magazine's "500 Leading Lawyers" and "500 Leading Litigators" in America. He has been profiled repeatedly by various legal periodicals, including The Daily Journal, Super LawyersTM, Lawdragon, The National Law Journal, Los Angeles Lawyer, California Law - Business, California Lawyer, and the Legal Exchange. He was named as one of the 10 top plaintiff-side employment lawyers in California by The Daily Journal. He was also named one of the top 5 plaintiff-side employment lawyers in California by Chambers U.S.A. - America's Leading Lawyers. His firm is listed among the top 4 firms in the same poll. He has been repeatedly named one of Southern California's Super LawyersTM by Los Angeles Magazine and Law & Politics Magazine. He is "AV Preeminent" rated by Martindale-Hubbell. Mr. Stormer is recognized both nationally and internationally as one of the nation's leading civil rights, employment, and constitutional law attorneys. He was recently described by The National Law Journal as "one of the country's top civil, constitutional, and international human rights lawyers." He has been repeatedly recognized in "The Best Lawyers in America," and the "Guide to the World's Leading Labour and Employment Lawyers." He has presented at the "Arguments of the Masters" and the "Legends of Litigation." Mr. Stormer has lectured and published extensively, including legal treatises and law reviews. He has taught at over 250 seminars and trial programs, including the national conventions for the American Bar Association, the American Association for Justice, the National Employment Lawyers Association, Consumer Attorneys of California, the National Institute of Trial Advocacy and other advocacy programs. He has also taught law school at Hastings College of Law, Loyola Law School, University of San Fernando Law School, Southwestern Law School and People's College of Law. Mr. Stormer has been involved in over 70 published appellate decisions and has argued cases at all levels, including the U.S. Supreme Court. Mr. Stormer has obtained a number of large verdicts. Among them are the following: In Martin v. Texaco, a verdict of $20.4 million was obtained for gender discrimination in employment. In Steffens v. Regus, a verdict of $4,646,252 on behalf of a person who complained about unlawful activity and then was terminated. In Stewart v. Jet Set, a judgment of over $3,000,000 on behalf of a person wrongfully terminated as a result of sexual orientation discrimination. In Zinzun v. City of Los Angeles, a verdict of $3.84 million was obtained for civil rights violations. In Schell v. City of Los Angeles, Chief of Police Bernard Parks, et al., a verdict of $4.361 million was obtained. Included in that verdict was a punitive damage award of $500,000 against Chief of Police Bernard Parks and $250,000 against his assistant, Commander Watson. In Ruiz v. Jackson, a jury awarded $1.6 million against a Sony Executive for coercing a Filipino woman into service as a domestic slave. In Heaton v. Groberman, $2 million for wrongful death of a tenant who came into contact with bacteria from a failed septic system. In Wysinger v. The Automobile Club of Southern California, the jury awarded $1.3 million in damages ($1 million in punitive damages) for a senior employee who was retaliated against for complaining of discrimination. In addition, the Court awarded $1.1 million in attorneys' fees and costs. Thus, the total award was $2.4 million. In Bonsangue v. ADP, a verdict of over $1 million was obtained for a claim of age discrimination. In Troffer v. United States, a judgment of over $1 million was obtained on behalf of firefighters wrongfully excluded from a United States Air Force base without due process.