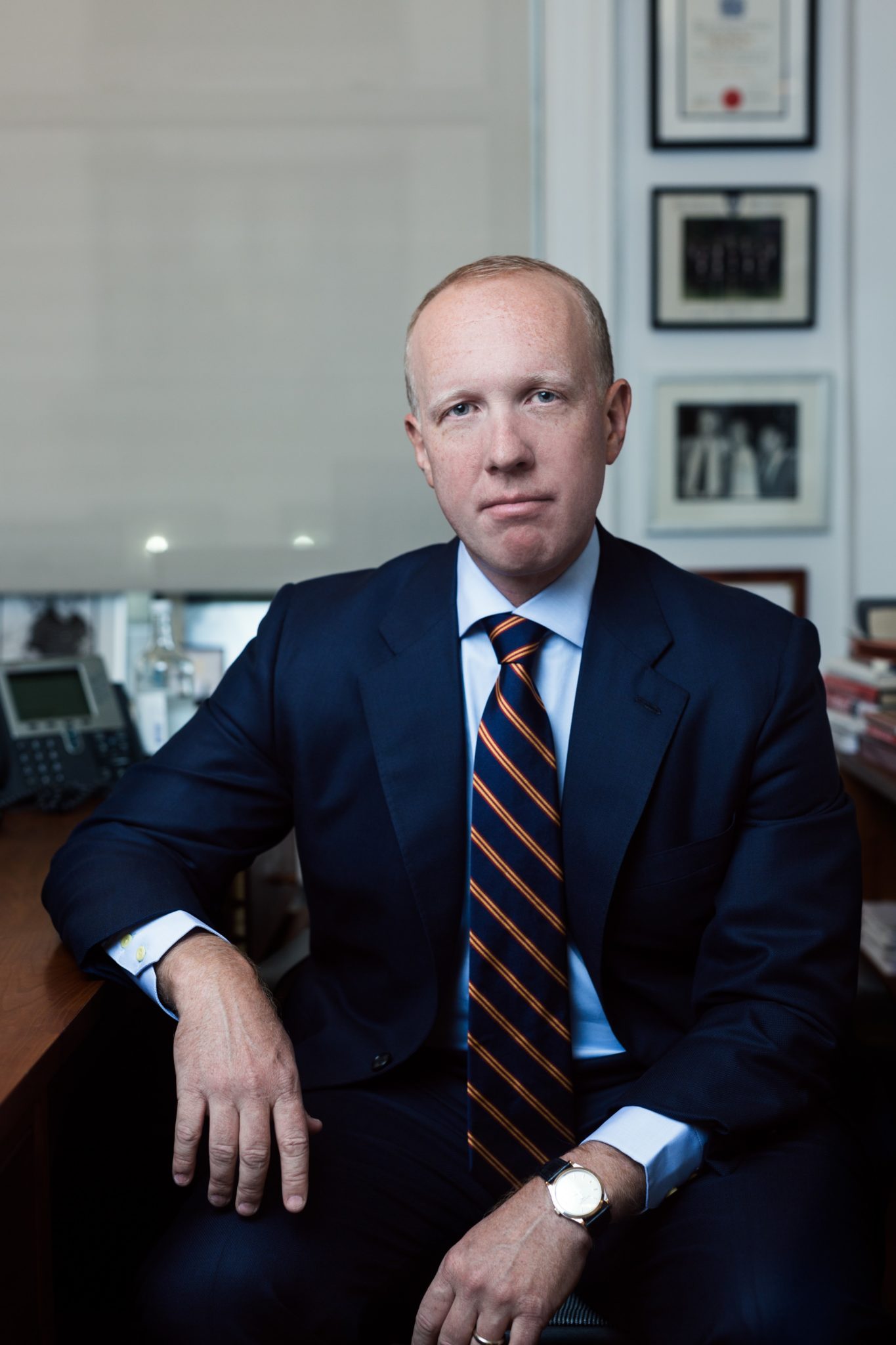 It is difficult to imagine another employment lawyer with a comparable record both in the courtroom and at the negotiating table.  Mr. Wigdor routinely tries cases to verdict, has won numerous multi-million-dollar verdicts and has been named one of the top 20 employment litigators in the U.S. by Benchmark Litigation.  A tireless champion for victims of sexual harassment, sexual assault, race discrimination and other workplace misconduct, Mr. Wigdor is a Forbes Diversity & Inclusion Contributor and can often be seen standing up for his clients in TV and radio interviews; he has even appeared in a Netflix film and testified before the UK Parliament.  His “pursuit of decency, justice and high-dollar settlements in the #MeToo era has landed Mr. Wigdor on the list of Law360’s Titans of the Plaintiffs Bar,” according to a profile recognizing Mr. Wigdor as one of the most influential plaintiffs’ lawyers in the U.S.  His trial verdicts, arbitration awards and settlements exceed $1 Billion.

From Dominique Strauss-Kahn to Harvey Weinstein to the NFL, Mr. Wigdor has been at the forefront of some of the most impactful sexual abuse and employment discrimination cases of the last decade.  Named a Top 100 Hollywood Power Lawyer by The Hollywood Reporter and a Top Music Lawyer by Billboard, Mr. Wigdor’s prolific legal career has been covered in feature profiles in The New York Times, Bloomberg Businessweek and the London Independent.  He has been referred to in these and other major news publications as one of the country’s most high-profile litigators.  A former U.S. Senator for New York said of Mr. Wigdor, “it’s much better to have him on our side than risk sitting across from him.”

Mr. Wigdor “has levied cases against some of the most powerful players in the business and political worlds — and won,” according to City & State’s 2021 Law Power 100 list.  Some of his notable clients include eight alleged victims of sexual abuse by Harvey Weinstein (including two women who testified at Weinstein’s criminal rape trial in New York), the hotel maid in the Dominique Strauss-Kahn sexual assault case, former Miami Dolphins head coach Brian Flores in a historic race discrimination class action against the NFL, the rape victim in the Delhi Uber case that led to numerous executive resignations, NBA All-Star Charles Oakley in an assault and battery lawsuit involving James Dolan and Madison Square Garden, former Recording Academy President and CEO Deborah Dugan in a sexual harassment, gender discrimination and retaliation case in connection with the Grammy Awards, two women in their claims of sexual abuse by billionaire private equity executive Leon Black, the former chief of staff to ousted WeWork CEO Adam Neumann in a pregnancy discrimination case, multiple clients in the seminal “shop and frisk” cases, five award-winning female journalists at NY1 in an age and gender discrimination lawsuit against Charter Communications, countless women in their gender discrimination and sexual harassment claims against their powerful employers, and over 20 employees at Fox News in their claims of sexual harassment, gender and race discrimination and retaliation against the network.

Mr. Wigdor’s high-profile cases are frequently covered in the international news media.  Most recently, his representation of Brian Flores in a landmark race discrimination class action against the NFL has been discussed in countless television programs and articles, and has received public support from President Joe Biden, Kanye West, Stephen Colbert, Trevor Noah, Jemele Hill, Don Lemon, Spike Lee, multiple members of Congress and numerous other high-profile individuals.  The case has been widely heralded as a historic reckoning that could finally force the NFL to remedy the lack of Black representation in its coaching and executive ranks.

Mr. Wigdor’s extensive litigation experience is frequently distinguished in the media.  Notably, in a profile on his career, The New York Times concluded that Mr. Wigdor is “one of New York City’s most aggressive employment lawyers.”  A sitting U.S. District Judge commented in another profile in the London Independent that “Mr. Wigdor is a winner.”  And Bloomberg Businessweek, in yet another profile of Mr. Wigdor, described him as among the “top tier of telegenic anti-discrimination lawyers.”  A different Bloomberg reporter referred to Mr. Wigdor as “the go-to lawyer in high-profile discrimination cases on Wall Street and in the media” who is well known for “hard-knuckle tactics and aggressive public support of his clients.”  In recognition of his work fighting sexual harassment and discrimination at the highest levels of the Media and Entertainment industry, The Hollywood Reporter named Mr. Wigdor to the Top 100 Hollywood Power Lawyers 2020 list, and Billboard recognized him as a Top Music Lawyer in 2020 and 2021.

In 2021, Mr. Wigdor was named one of New York’s most politically influential lawyers on City & State’s Law Power 100 list.  He was also one of only three plaintiffs’ employment attorneys selected to the list of Top 100 attorneys in the New York Metro area by Super Lawyers.  The New York Law Journal has featured Mr. Wigdor and Wigdor LLP’s clients in the top New York State verdicts six times, including the number one and two employment verdicts and the number one disability discrimination verdict.  Mr. Wigdor and Wigdor LLP have each received coveted Band 1 rankings in Chambers and Partners, one of the most prestigious legal directories in the world.  The Firm was also one of only seven law firms nationwide to be nominated for Labor and Employment Law Firm of the Year by Chambers USA in 2021.  The Firm has won The National Law Journal’s Elite Trial Lawyers Awards in the categories of Age Discrimination, Civil Rights, Employment Rights, Racial Discrimination, Sexual Orientation Discrimination and Elite Women of the Plaintiffs’ Bar.

Mr. Wigdor is also a lecturer, editor and author of articles on employment and criminal-related subjects.  He is a Forbes Diversity & Inclusion Contributor and is regularly invited to appear and participate in leading legal forums regarding topical employment issues.  Mr. Wigdor has appeared multiple times as part of an employment mediation panel at JAMS (Judicial Arbitration & Mediation) continuing legal education events, and has also appeared as a speaker at the American Arbitration Association forum, the National Employment Lawyers Association, Columbia University, Cornell University, the University of Pennsylvania and Fordham Law Schools, as well as Oxford and Cambridge Universities.  In 2019, Mr. Wigdor launched “Professionals in Residence” at Oxford University’s St Cross College, a week-long student engagement program in which Mr. Wigdor led a series of lectures, workshops and other educational events about the rapidly evolving U.S. legal and employment landscapes.  Mr. Wigdor also frequently speaks and moderates other continuing legal education seminars for the American Conference Institute and Practicing Legal Institute.  He is also quoted frequently in the New York Law Journal, presents lectures to various Bar Associations, and has published articles in numerous journals.

The vast majority of cases handled by Mr. Wigdor result in confidential, out-of-court settlements before they ever reach a courtroom.  Nonetheless, Mr. Wigdor has a reputation for obtaining multi-million-dollar verdicts and settlements on behalf of his clients.  Some of Mr. Wigdor’s most notable public outcomes include:

Experience and Types of Cases

Mr. Wigdor’s practice focuses on litigation and counseling of individuals and companies in connection with a wide array of employment issues, criminal matters and international issues.  He has represented numerous clients who have been victimized by unlawful workplace misconduct, including discrimination or harassment based on race, gender, pregnancy, age, religion, disability and/or LGBTQ+ status.

Some of Mr. Wigdor’s most notable representations include:

In addition to representing clients, Mr. Wigdor is an arbitrator, serving on the American Arbitration Association Employment Panel.  While arbitration proceedings in employment cases are typically stacked in favor of the employer, Mr. Wigdor uses his extensive experience litigating employment disputes on behalf of both plaintiffs and defendants to bring fairness and impartiality to the arbitration table.

Mr. Wigdor regularly conducts oral arguments in appellate courts, including the Second Circuit, the New York Court of Appeals, and the First Department, arguing some of the most closely watched legal issues in the employment field.  Mr. Wigdor was a Federal Law Clerk to United States District Judge Arthur D. Spatt and was appointed as an Assistant District Attorney in Suffolk County, New York, where he investigated, prosecuted and tried hundreds of criminal matters ranging from robberies and burglaries to complex schemes to defraud.  Prior to founding Wigdor LLP, Mr. Wigdor was a senior lawyer at one of the nation’s preeminent management-side labor and employment firms.

Mr. Wigdor is one of New York’s most highly awarded employment attorneys.  He has received the following legal honors and accolades:

Mr. Wigdor was named Alumnus of the Year in 2007 and 2014 by St Cross College, Oxford.  Due to his continued support of Oxford, St Cross College, a library has been named after Mr. Wigdor and his wife — the Douglas and Catherine Wigdor Library Garden Room.  Mr. Wigdor is a member of the New York Eliot Society Membership Committee, and a volunteer for the Leading Together Campaign for Washington University.  He has also endowed a scholarship for an Arts & Sciences student at Washington University, as well as a cycling studio in the student Recreational Center.  Mr. Wigdor is a member of the Advisory Board for the Cornell Center for Innovative Hospitality Labor and Employment Relations (CIHLER), as well as the Board of Advisors for the Scheinman Institute on Conflict Resolution at Cornell University.  Mr. Wigdor also serves on the Dean’s Advisory Council for the School of Industrial and Labor Relations at Cornell University where he provides support and advice on strategic issues central to the school’s mission.