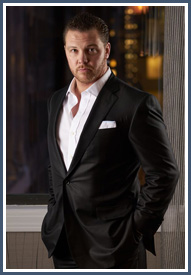 Joseph Siprut is the founder and managing partner of Siprut PC. He was named both a “Super Lawyer” and “Leading Lawyer” in Illinois for Class Action Litigation, and holds an AV Preeminent rating by Martindale Hubble, the highest possible peer review rating. He has been called a “fearless game-changer in class actions” by the Chicago Daily Law Bulletin, and was named one of the “Top 100” in the country by the National Trial Lawyers Association. Mr. Siprut was previously named one of the Top 40 attorneys in Illinois under the age of 40, and was also named one of the “Top 40 Under 40” in the country by the National Trial Lawyers Association. ALM Legal Leaders named Mr. Siprut one of “Chicago’s Top Rated Lawyers.” Mr. Siprut was also selected for membership in the Multi-Million Dollar Advocates forum, one of the most prestigious groups of trial lawyers in the United States. Membership is limited to attorneys who have won million and multi-million dollar verdicts and settlements, and fewer than 1% of U.S. lawyers are members.

Mr. Siprut has been featured extensively in national and international media. His television appearances include: CNN; ABC; NBC; CBS; Fox; WGN; and the Al-Jazeera network, among others. Virtually every major national newspaper has covered Mr. Siprut’s litigation practice, including USA Today, the New York Times, the Associated Press, the Wall Street Journal, the Chicago Tribune, and more. He has been deemed by the media as the “Friend of the Frequent Fliers” for his successful litigation crusades against the airline industry on behalf of airline customers, as well as a “Leading Sports Reformer” for his advocacy to combat the problem of concussions and head injuries in college sports.

Mr. Siprut frequently speaks at national class action and consumer litigation seminars. He has substantial first-chair trial experience, and previously served as an Adjunct Professor at Northwestern University School of Law in the Trial Advocacy program. He is also a frequent author, having published over 25 articles in the nation's leading law reviews and legal journals on topics including the right of privacy, copyright litigation, and contract doctrine, as well as litigation strategy and tactics. He was appointed as a member of the Illinois ARDC Hearing Board, and is also a member of the Advisory Board for the Fair Contracts Project, an initiative focused on counteracting the implications of fine print in standard form consumer contracts.

Mr. Siprut is a graduate of Northwestern University School of Law, where he served as the Managing Editor of the Northwestern Law Review and was selected to represent Northwestern in national competition as a member of its National Moot Court team. He was also awarded the Institute for Humane Studies Fellowship, a national fellowship competition for law and graduate study.

Prior to founding Siprut PC, Mr. Siprut spent his career practicing at some of the top corporate litigation firms in the country. Mr. Siprut has been recognized by the Law in Public Service Committee of the ABA for his dedication to pro bono work. He is admitted to practice in Illinois, the United States District Court for the Northern District of Illinois (including its Trial Bar), the Seventh Circuit Court of Appeals, the Eleventh Circuit Court of Appeals, and the United States Supreme Court. For over five years, Mr. Siprut served as an arbitrator in the Cook County Arbitration Program.