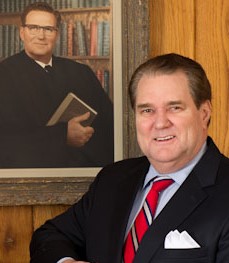 in Torts and Criminal Procedure; Top 10%

Lead Plaintiffs’ counsel for over 600 individuals with

property and personal injury claims arising from nearby

lasting  over six weeks and settlement of over 2500 claims

through a class action settlement.

Class counsel for over 250 property owners affected by
nearby wood  treatment facility.  First case of its kind to

be certified in Georgia-settled for $8.61 million.

waste in minority neighborhood-settled for $3.125 million.

and others for sweepstakes and credit card schemes.   Various settlements totaling in excess of $60 million.

Court: Wrongful death action for two minor children due to