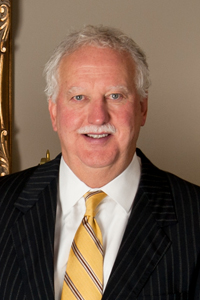 Billy was the recipient of the Southern Trial Lawyers Association “Tommy Malone Great American Eagle Award” at their meeting in February, 2009.  This award recognizes a single lawyer, “Who has a calling to help others and is a powerful example of the bold pursuit of excellence and justice. Such an individual is one who inspires others and is a living symbol of Integrity, Strength, Bravery, Justice Freedom, Pride, Devotion, Excellence, and Friendship and to many a Hero.”

In February of 2012, he was honored by his alma mater, Newberry College founded in 1856, by having a new state-of-the-art dormitory named in his honor. It is now known as Walker Hall.

On March 14, 2013, Billy was presented the Leadership in Law award by South Carolina Lawyers Weekly.  This award spotlights those within the legal community who are working to better the legal profession through mentoring and involvement within their community as well as going above and beyond in their everyday job.

On October 12, 2013, he was selected as the recipient of the prestigious Thomas A. Epting Outstanding Alumnus Award in grateful recognition of his leadership and service to his church and his community, his personal achievements and professional excellence, his love, faith, and loyalty to Newberry College.

He holds memberships in two prestigious legal societies whose membership is by invitation only:

The Belli Society, named after legendary trial lawyer Melvin Belli, selected him for membership. He frequently lectures at their annual seminar.

He is a charter member of the TAOS Group, a select group of trial lawyers with one firm from each state invited.  Billy and his partner, Kirk Morgan, were the invitees from South Carolina.

Billy is a frequent lecturer on various legal topics and issues at seminars and conventions across the country where he is invited to present writings, instructive analysis, and recommendations on important legal issues and trial tactics.

Private By Invitation Only Legal Societies:

The Federation of Korean Associations of the United States of America